Ravello 2014 Festival - The Infinite is here

An event vista mare among the most famous in Italy and abroad is the Ravello Festival.
The first edition took place in the summer of 1953, when the orchestra of the San Carlo theatre gave two concerts in evenings on the occasion of the seventieth anniversary of the death of Richard Wagner, a prestigious guest of Villa Rufolo in May 1880. The extraordinary idea of creating a stage suspended above the sea was Paul Caruso’s. Since then the Ravello Festival has achieved more and more success.

Yesterday, considerably earlier than in previous years, the programme of Ravello 2014 Festival was presented: an important goal, noted by Mayor Paul Vuilleumier, achieved thanks to the efforts of the Ravello Foundation and public authorities that have been supporting the event for years. Secondo Amalfitano, general secretary of the Ravello Foundation, said that today the Ravello Festival takes place, unlike the past, not only in summer but for a much longer period of time, which will cover the whole year. 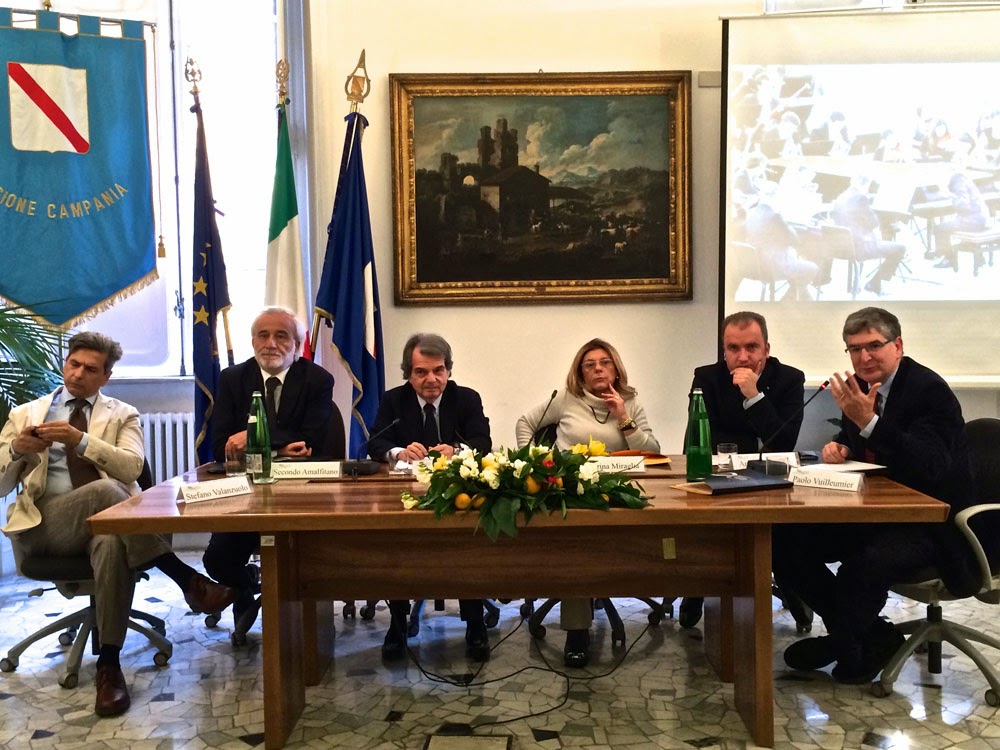 The theme of Ravello 2014 Festival is ‘the South’ understood not in a geographical sense, but as a state of mind. The intent is to give shape and voice to the many Souths of the world with a programme full of events that will take place throughout the summer, from 21st June to 20th September 2014. The inaugural night, dedicated to Eduardo De Filippo, will host Isa Danieli and Danilo Rea on the stage and the closing concert will be given by the Orchestra of the San Carlo theatre with Juraj Valcuha. Also dance and the visual arts will be protagonists of the Ravello Festival. The British sculptor Tony Cragg will honour Ravello with one of his rare public exhibitions at the Villa Rufolo and in the square of the Auditorium Oscar Niemeyer. 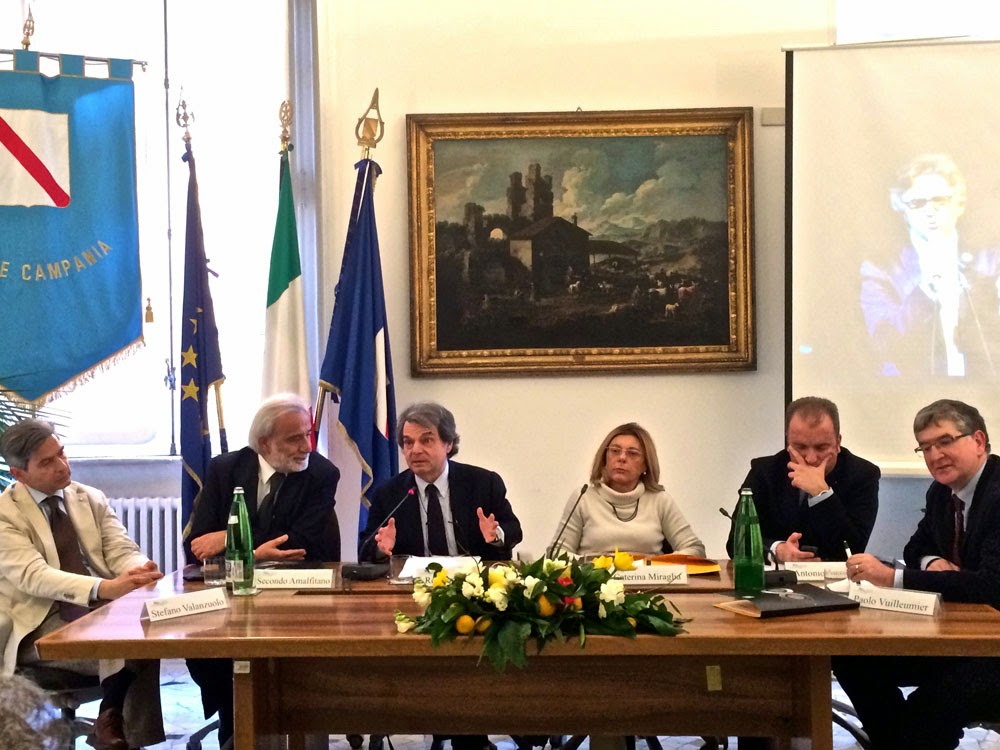 "We want the Ravello Festival to be the best cultural offering in Europe in 2014" the President of the Ravello Foundation Renato Brunetta said.
I'm sure it will be!
English version by Maurizio de Santis
Special thanks to David Strong
Leggi questo post in Italiano
Pubblicato da Party vista mare alle 23:00