How many episodes of La Prova del Cuoco have I watched on tv? A lot, like thousands of Italians who tune in every day at 12:00 on RAI 1. On air since the 2000-2001 season, when nobody was speaking on TV yet about cooking, this broadcast immediately had a big success. Every day Antonella Clerici and all her staff keep us company making recipes of all types and for all occasions. And, above all, they make us feel light-hearted and in a good mood.
You all know my passion for cooking, which always goes together with that one of the sea. And so it was also when I had the chance to take part in one of the episodes of La Prova del Cuoco and I watched the contest between two "sea view" chefs: the Neapolitan Mauro Improta, who I had met before at a cooking course in Naples, and Natale Giunta from Palermo. The episode of 24th January was a challenge completely of the south and the sea.
I was intrigued to see the Nomentano 3 studio from which La Prova del Cuoco is broadcast and I immortalized for you some of the iconic symbols of the show, like the egg 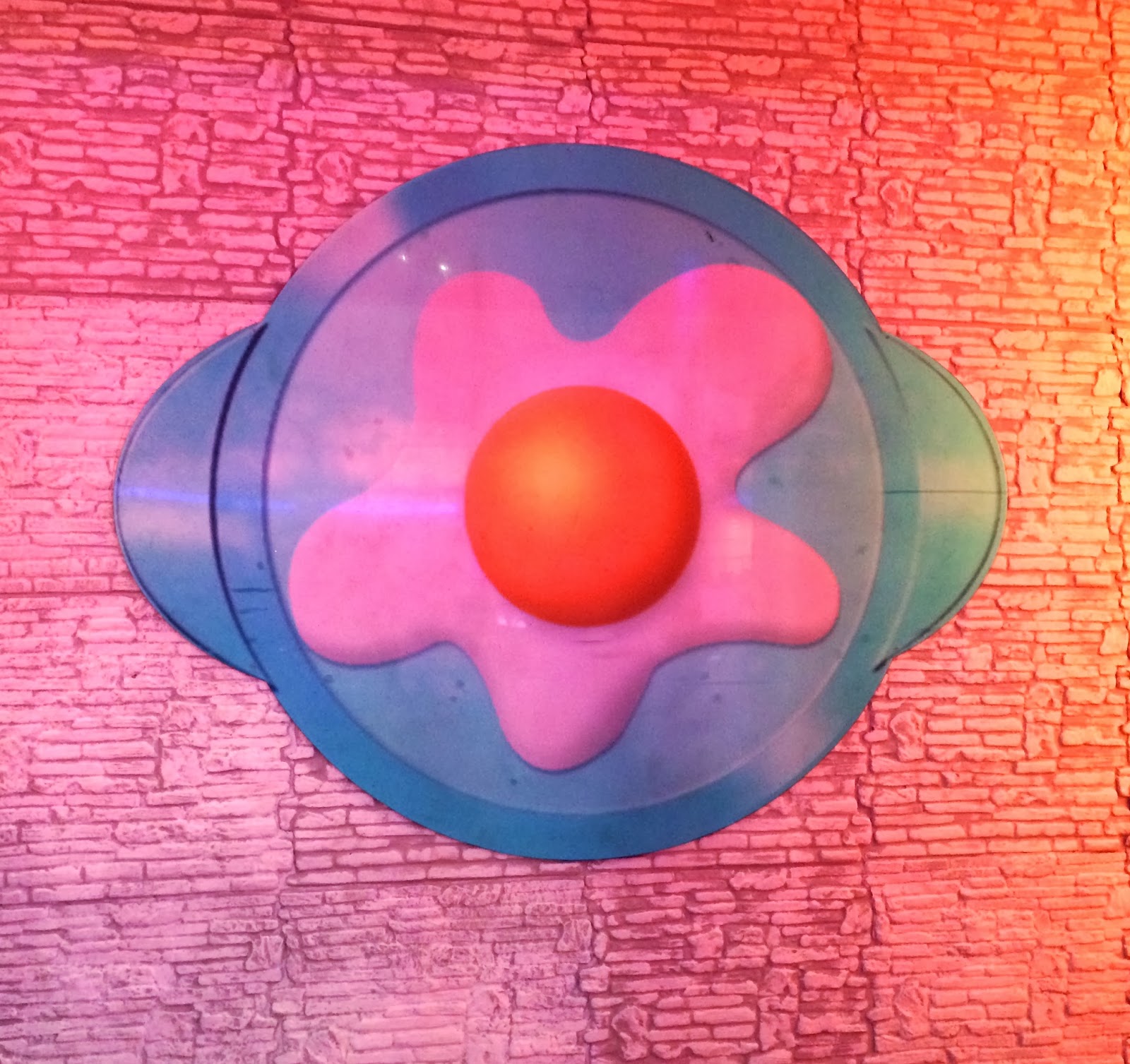 and the entrance from where Antonella welcomes us, on which there is the chicken with the clock that counts down the last 10 seconds of the competition. 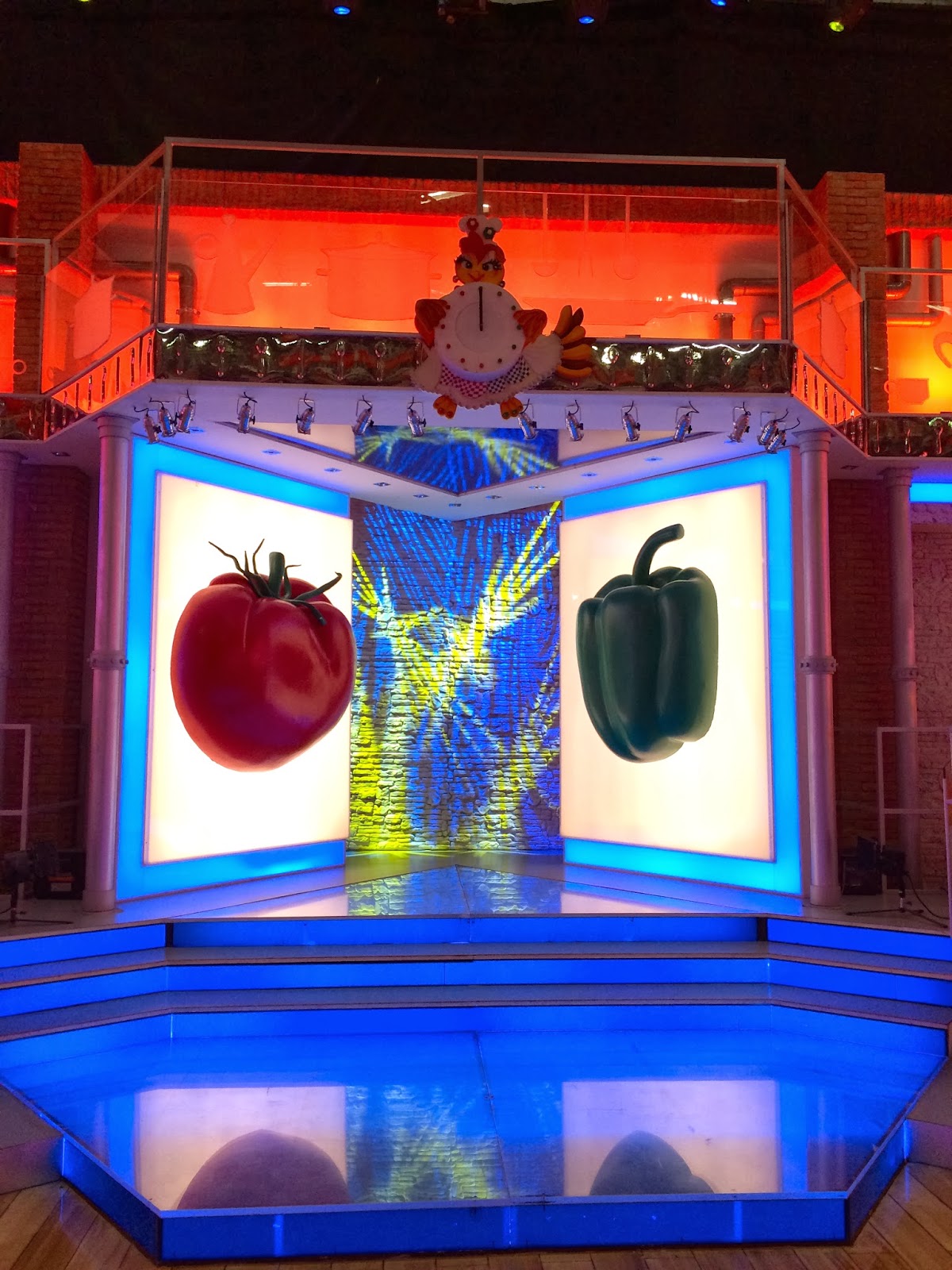 Dozens of spotlights shine down on the sets. Shortly before the start of the liveshow the staff test the lights, the filming of the various cameras and the microphones, with a coming and going of assistants and studio controllers. 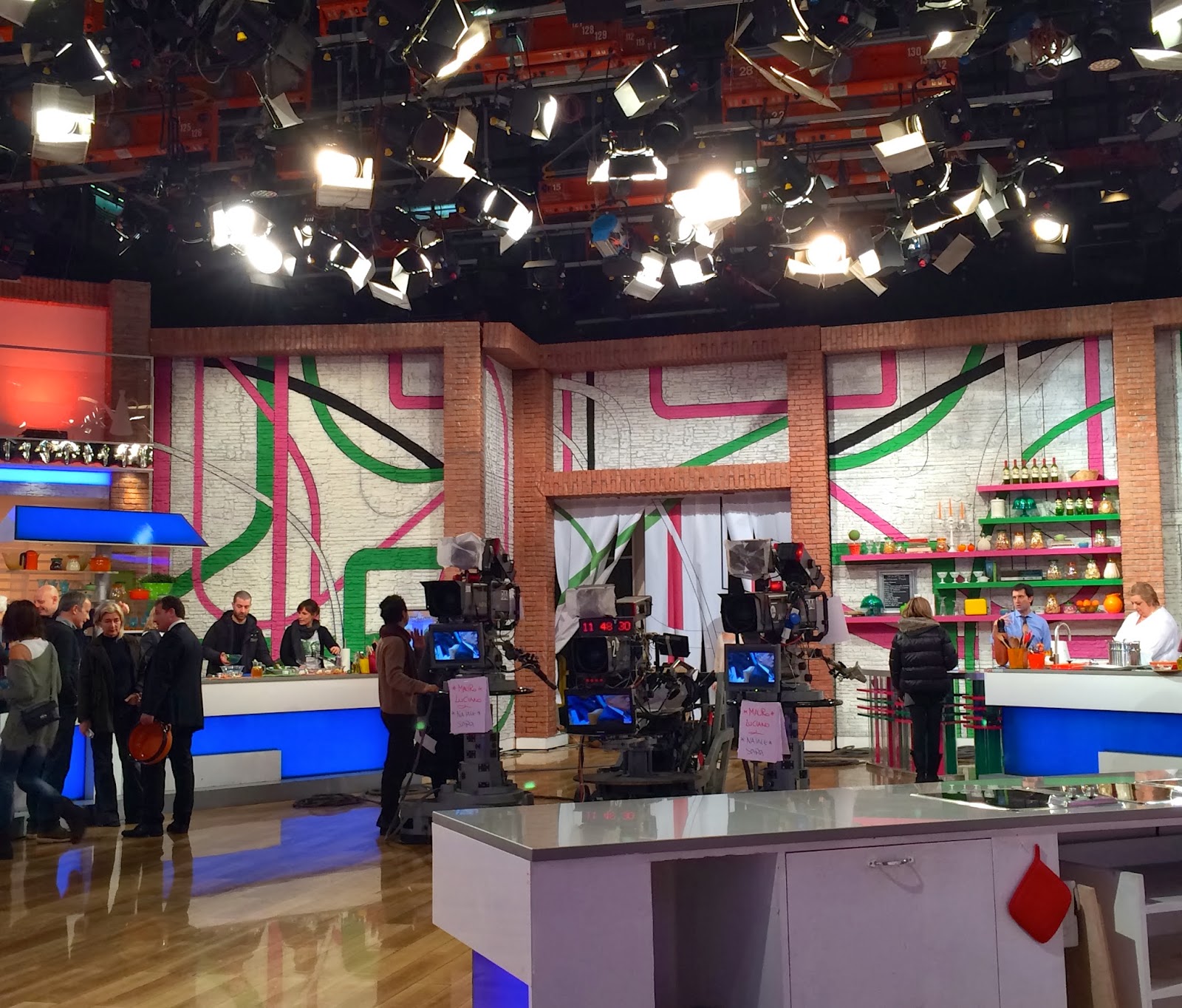 Antonella comes on stage for the final arrangements with her staff, accompanied by our applause. I thought she looked good and slim. 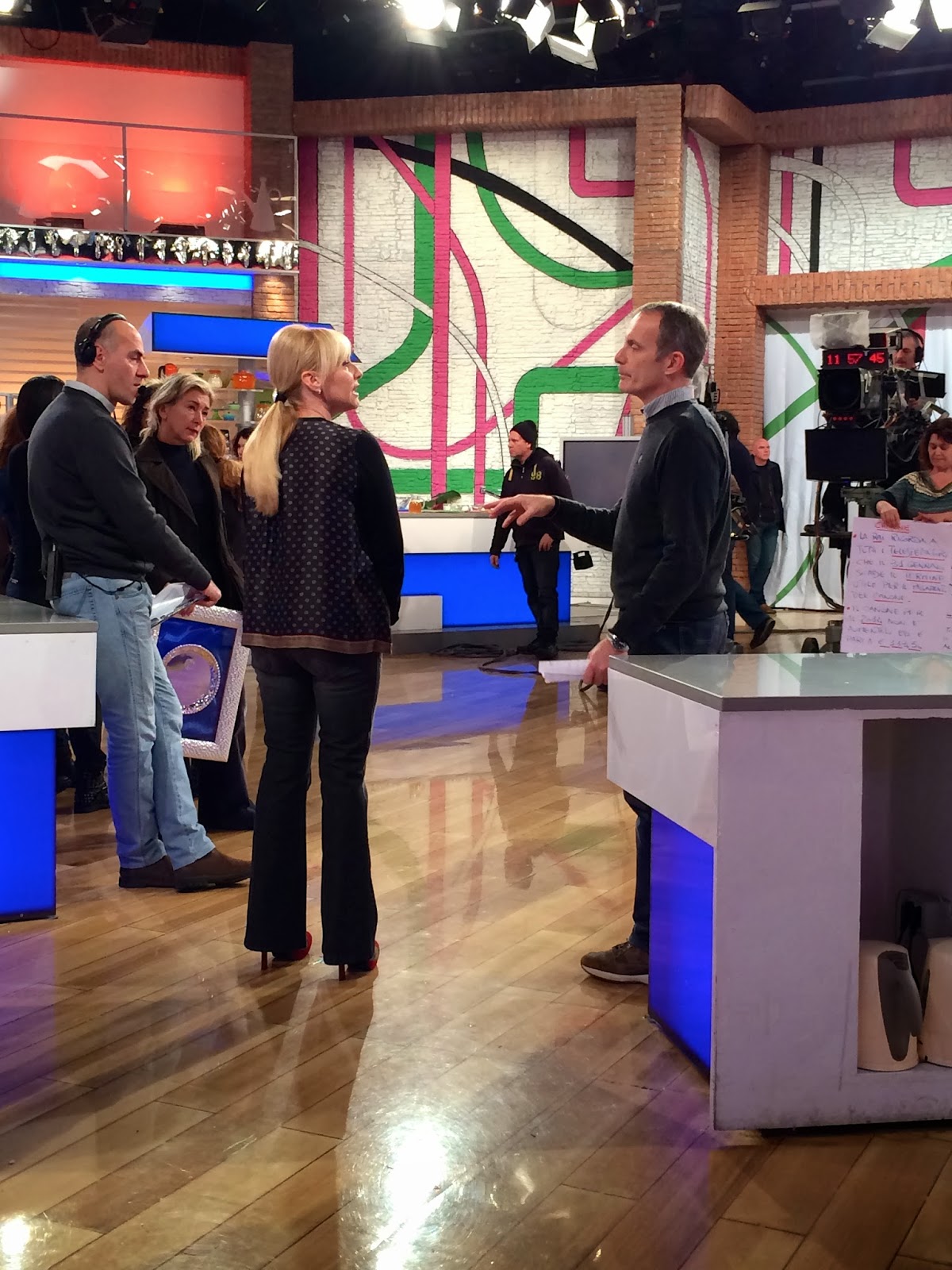 Then the announcement "Warning", the silence in the studio with the countdown and… the episode starts! It was interesting and amusing to follow the liveshow and to see what happens behind the cameras. Antonella dashes around on her heels between one workstation and another, passing behind the cameraman; the cooks in competition who agree with the competitors about how to divide the tasks in the preparation of the recipes; the tips of gesticulating studio assistants, careful about every last detail; and small moments of improvised performance.
In a pleasant and relaxed context, the time flew by and suddenly we had the proclamation of the winner of the week, Luciano, who competed with Mauro Improta. 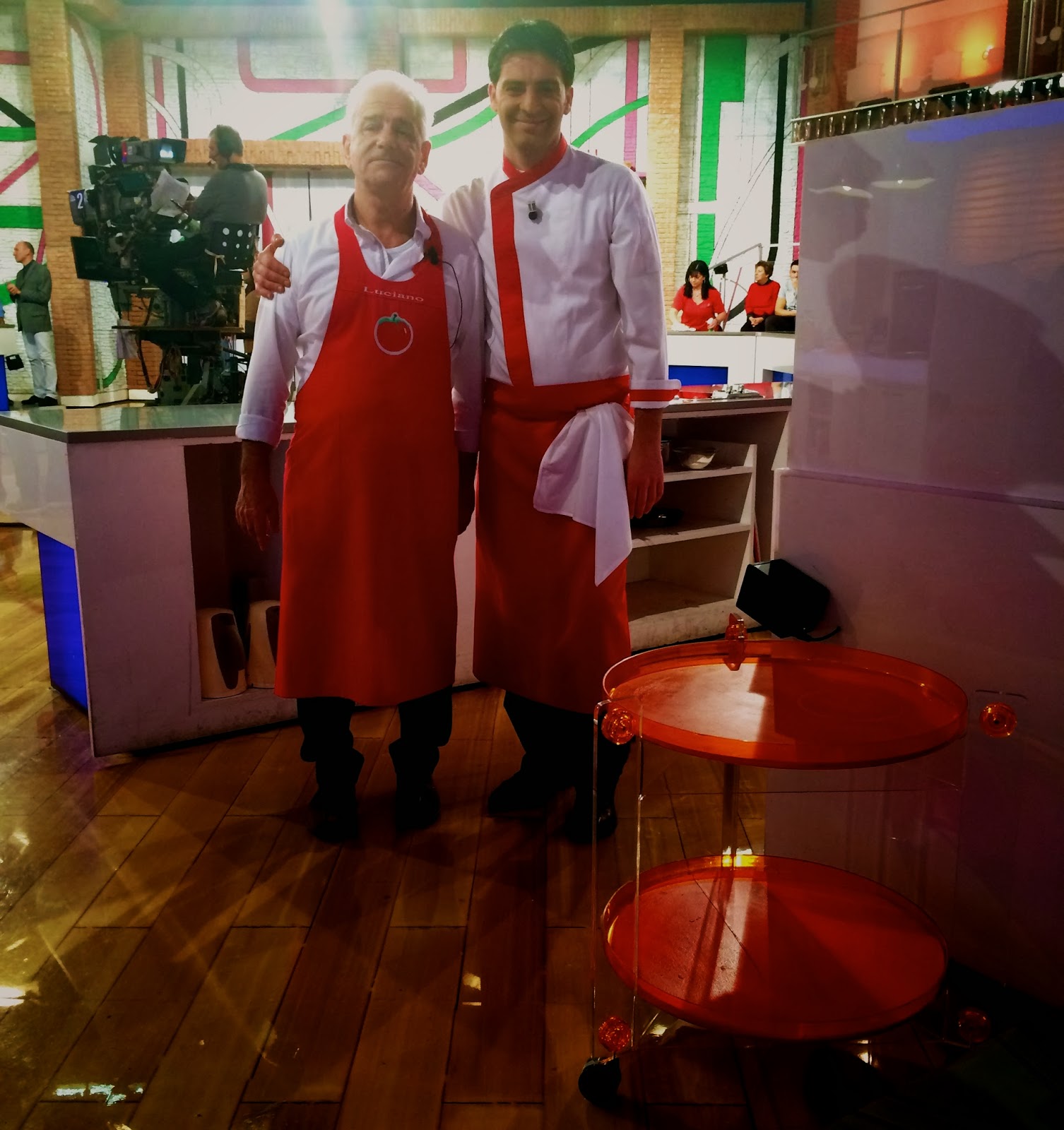 Congratulations to him and to the staff of La Prova del Cuoco!