It all began a few days ago, when a chef friend of mine gave me a red pepper I’d never seen before. 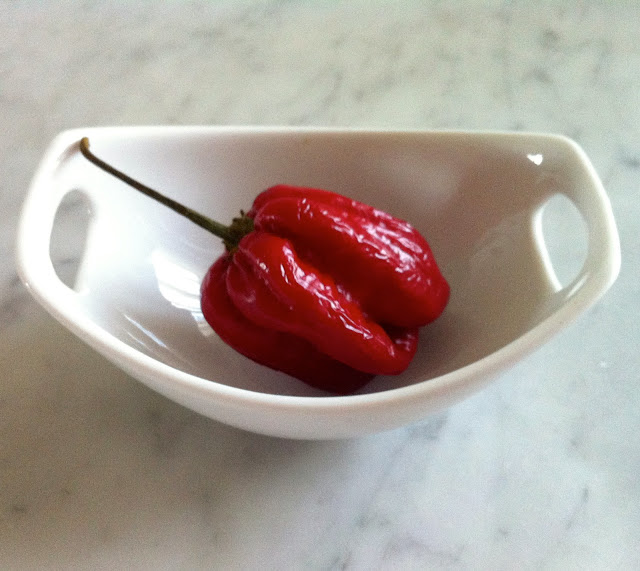 It looks like a "bonsai" sweet pepper, but actually it is a variety of chili pepper from the Caribbean among the hottest in the world.
I thought of using it in one of Campania’s traditional dishes: spaghetti with garlic, oil and chili pepper. It's a recipe not as simple as you think, because you need to follow a few but important steps for the perfect success of the dish.

In a pan large enough to hold the spaghetti too, you heat the oil (about a tablespoon per person) with the garlic and the chili pepper without the seeds.
Drop the spaghetti in a large saucepan. When the garlic and chilli start to sizzle in the pan, pour a ladle (or more, it depends on the amount of oil) of the water used to cook the pasta to form a mixture.
Cook the spaghetti a little, just long enough to get soft. Then pour the spaghetti into the pan and keep stirring it in the mixture of water and oil, just as you would do preparing a risotto.
In this way your spaghetti won’t be dry, but well seasoned and tasty, mouth watering! 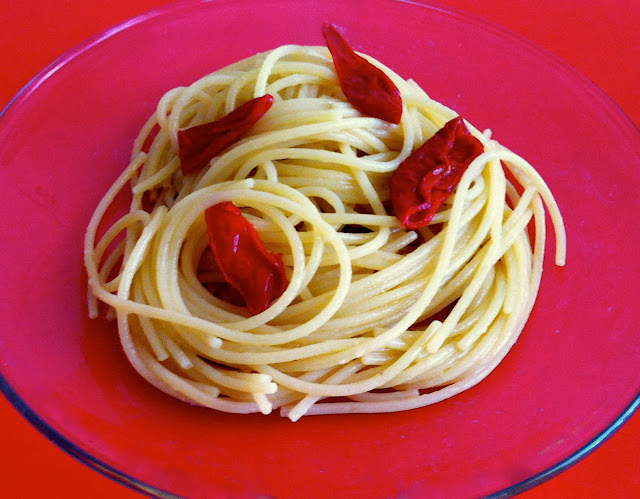