Last week I visited Baia, a little seaside village near Naples. An ancient Roman colony renowned for its thermal waters, Baia is a place of great potential that still preserves numerous archaeological remains, such as the majestic Temple of Venus (117-137 AD). 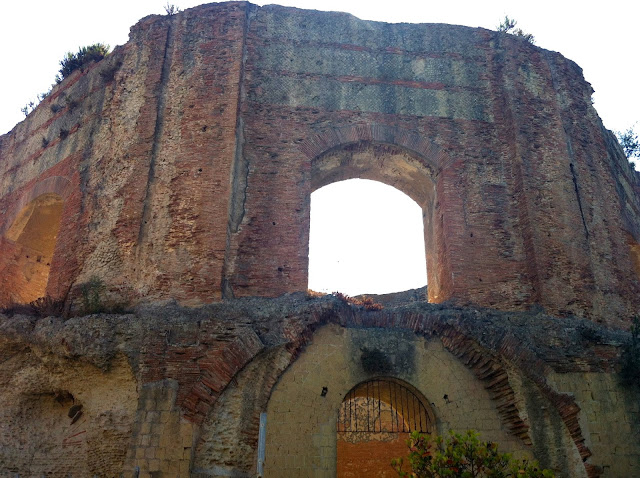 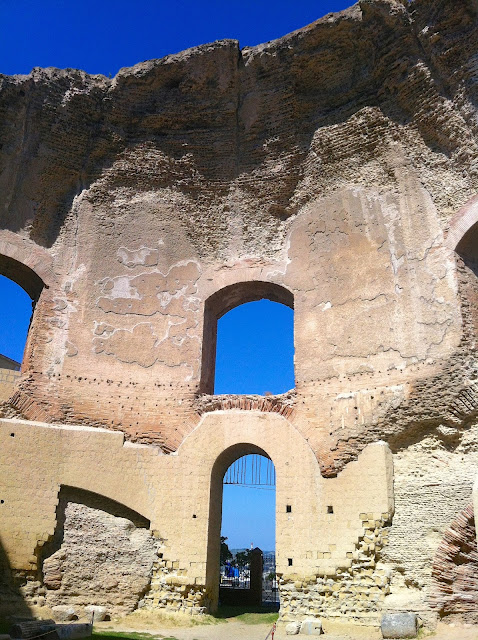 A stone’s throw from the Temple of Venus I stopped for lunch at the small restaurant Da Ninì, located on the quayside of Baia with views of the Aragonese Castle. 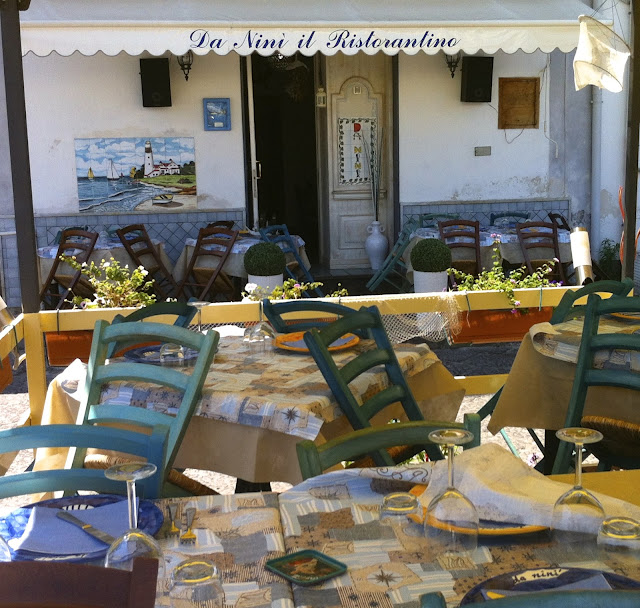 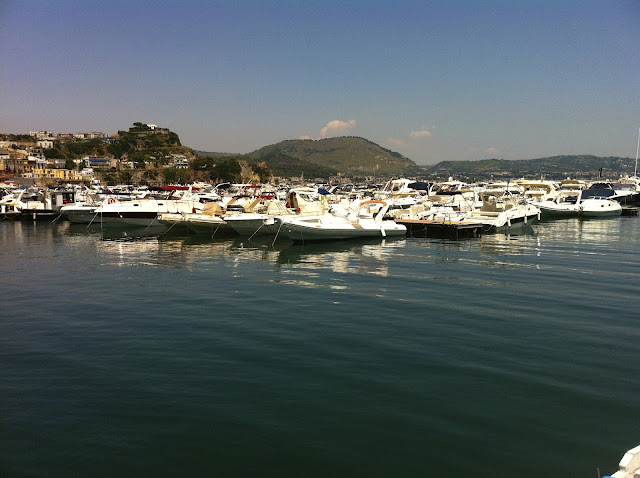 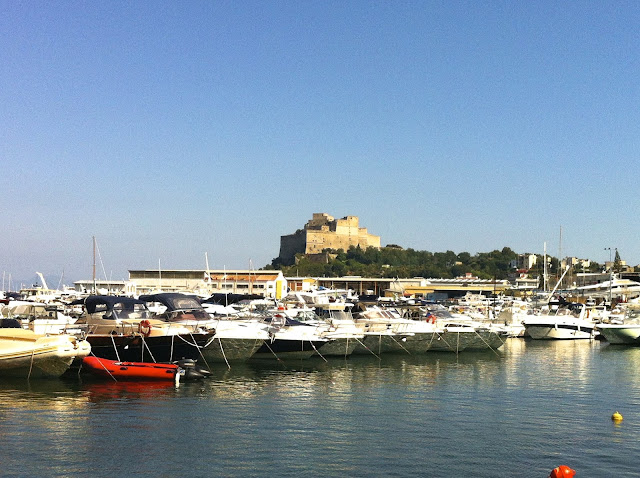 Here I met Ilaria Aulicino, Da Ninì’s owner and chef. Her story is that of a brave and passionate woman who has chosen to live out her dream.
Previously engaged in a completely different occupation, Ilaria has always been interested in the culinary world, attending various courses to specialize and keep up to date: "I dreamt of opening a small seaside restaurant of my own, but I never thought I would really do it", she told me.
But in November of 2011 she inaugurated her Da Ninì restaurant, to which she devotes herself daily and that has become, by now, a part of her. 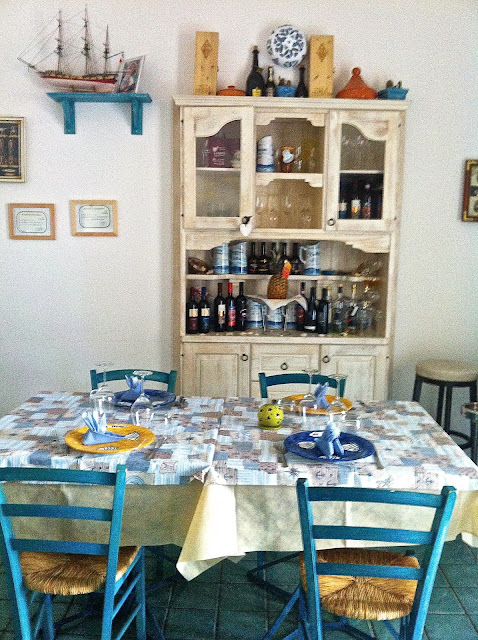 The passion and diligence lavished by Ilaria is reproduced in her excellent dishes, for which she uses only fresh and first quality ingredients.
The dishes on offer every day at the Da Ninì vary according to what she finds at the market which Ilaria reworks with creativity, preferring light and genuine preparations.
For example, the mixed starters with which I started my lunch 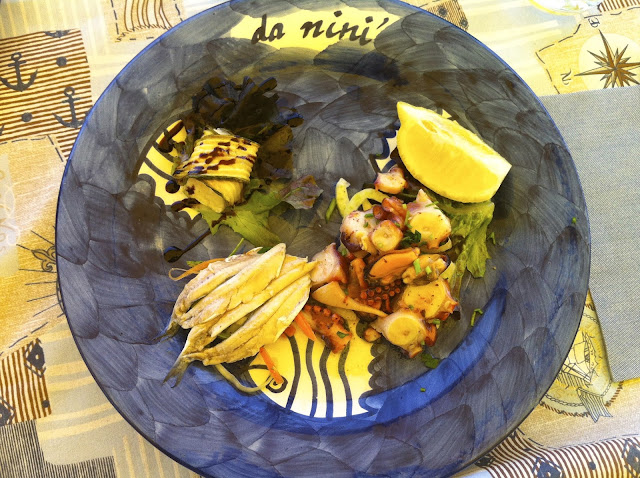 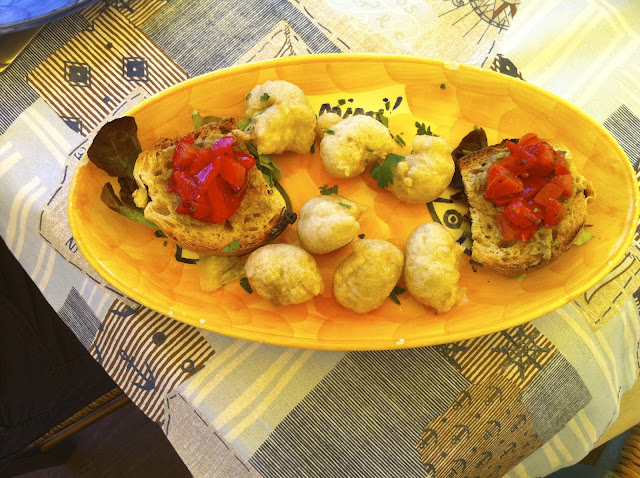 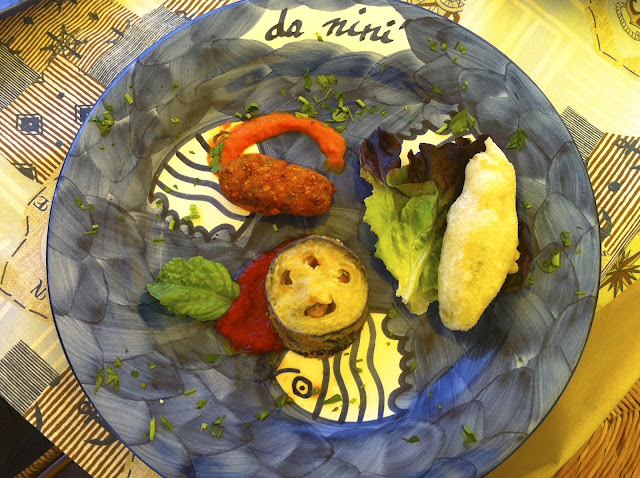 the handmade pasta
the fresh fish
and the desserts made by Ilaria, like the lemon caprese with organic citrus oil, a real delight. 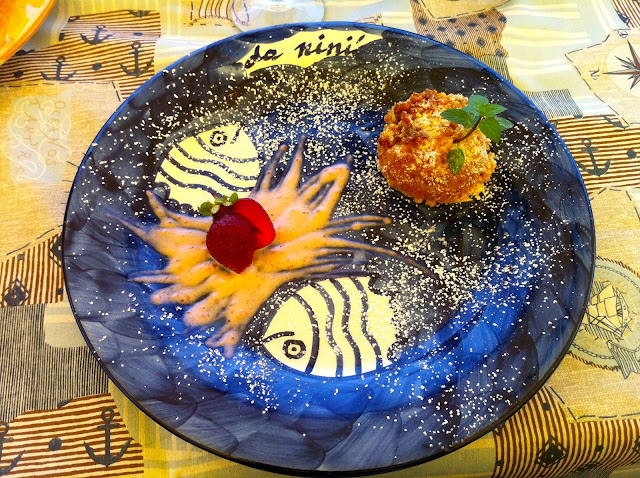 At Da Ninì I felt the dedication and joy of those who work everyday with love, taking care of their guests as they would do for their loved ones.
And it was comforting to find that there are places and people like that!
Da Ninì Restaurant is in Via Molo di Baia, 47
80070 Bacoli (Porto di Baia) NA
Tel. 081 868 8671