Pappardelle with baby squids, a recipe of love

A man in the kitchen usually puts everything upside down and messes up. But if he is able to cook well, however, it's worth it!
Maurizio, keen on cooking, today prepared a really tasty dish of pappardelle with baby squids.


I followed the preparation of this dish to share with you. It’s a simple recipe, made with few ingredients but with a lot of love.

For two people you need:

First Maurizio scored the skin of the tomatoes with a cross and boiled them for a few minutes so he could easily remove the skin and the seeds. 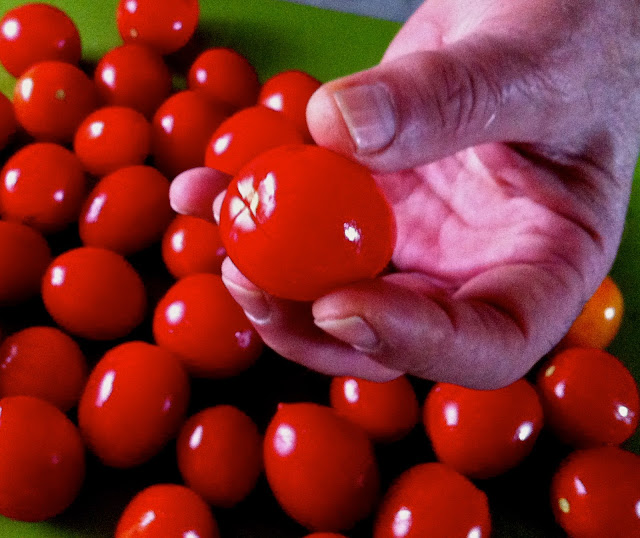 In a pan he heated the oil ​​with the garlic and chili pepper, then he poured in the tomatoes, added some salt and covered them with a lid. He cleaned, washed and cut the baby squids. When the sauce was halfway through cooking (about half an hour), he added the squids and let the sauce cook for about another 10 minutes without a lid. 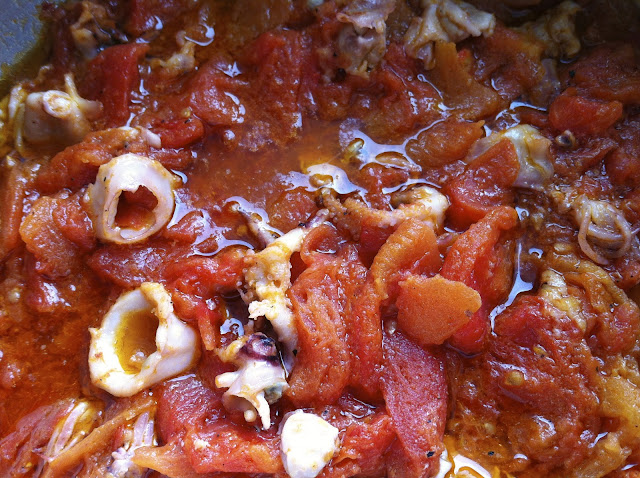 Finally, he put the boiled al dente pasta in a pan and fried it, mixing it well with the sauce of the squids. 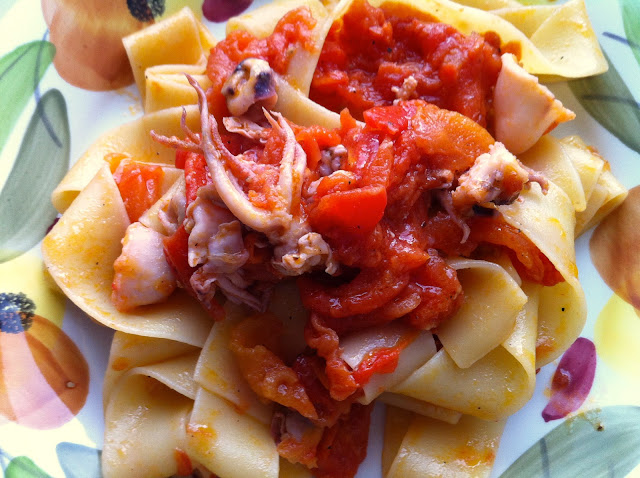 It looks really good, doesn’t it? It tasted just as good too, I polished it off immediately!!